I’m a writer and a mother of a child with disabilities. My daughter Jessica is thirty-eight years old and resides in a group home. When I began researching facts about parents with children with an intellectual disability, I discovered that In the United States alone, there are roughly eight million people with intellectual disabilities, including 425,000 children. I had no idea I was part of such a large segment of this population.

Over the years, I spoke to hundreds of mothers like me, who had a child with disabilities and understood the immense challenges we’ve all had to face and handle. It reminded me of what we all have in common, the loneliness we’ve experienced, and the common thread that link us as mothers of these unique individuals.

The first time I sat down to write this post, I had finished talking to a friend, a mother of a teenaged son who lives in a residential facility. He lives there because his uncontrollable, violent outbursts were a threat to her and her family. I imagined how she felt. Was she constantly wracked with guilt like me or did she feel she made the best choice for her family? During our conversation, I commended her for her devotion to her family. I commented on the endless and selfless ways she’s helped her son throughout the years. I commended her bravery and courage, but after I hung up the phone, I realized I could say the same things about myself. My thoughts skipped like a ping pong ball. I thought about the years Jessica has lived in the group home. I thought about the day I moved her there.

Then I wondered how many other mothers or families would benefit from reading a blog about my experience. How many parents might hunger for a book that addressed these universal concerns? Perhaps the time to birth my book has arrived. Perhaps one day in the future, my book will act as a bridge between parents of typically developing children and children with disabilities.

I’m lucky that my daughter, unlike my friend’s son, has never been violent, but I’ve witnessed, firsthand, how that looks. Years ago, one of Jessica’s friends bent Jessica’s finger so hard, the teacher thought it might be broken. I took Jessica for x-rays. I remember when the girl’s mother told me her daughter threw a brick (where did she find a brick?) through the T.V! I tell myself to be grateful for small miracles. But back to the subject of group homes. I wrote my book after facing the challenge of deciding to move our daughter into a group home.

I’d heard all the horror stories about group homes, so naturally, I was hesitant. That’s a parent’s worst nightmare. Another friend, (the mother who raved about Jessica’s present group home) previously had her son in a Chicago home until she discovered the truth and had to rescue him.

The story went like this: something about horrible conditions, lack of medical care, etc. The boy was nonverbal, so he couldn’t call for help. I don’t think he even knows how to use a phone. I’ve always imagined how this made my friend feel. What about her guilt? I’ve considered asking her – “Do you feel guilty about what happened?” but she’s so pragmatic, I imagine this never crossed her mind. I admire this woman. She’s a bright, strong, sensible mother. I wonder if the same thing happened to me, what would I do? I’m pretty sure I’d still be blaming myself. When you have a child with any type of disability, you never stop worrying. The angst, the pain, the fear, the worry, those emotions never completely disappear. I still worry about Jessica, although not as much as I used to. She appears to be thriving in her group home. True, there are times when she gets intimidated and refuses to explain what’s wrong. I used to call it her autistic moments because she closes down like a shuttered storefront. These minor issues pale when I think of my friend’s son, the boy in the residential treatment center. Whenever Jessica has an issue with the staff, it’s usually because she’s stubborn. They might tell her to get dressed and she’s unwilling to cooperate. One time they called and told me they wanted her to brush her teeth and she refused. I’m grateful these were minor problems. Many times, I’ve felt sorry for myself. It’s pointless, I know, but I can’t help feeling it. What’s arisen out of these experiences is an incredible story and that’s what led me to write an entire book. While I know deep down, I’ll never fully accept Jessica’s limitations, I also know I must. There was never a choice. Although I’ve had to accept this reality, part of me continued to wrestle with the truth. Sometimes, I still do. An internal battle ensues. Although I am one hundred percent committed to my daughter, part of me protests – “I don’t want to anymore!” Naturally, that voice is drowned out by the power of my motherly devotion. Being a parent of a child with a disability is a lifelong commitment.

When I started writing about how my life was changed by Jessica, I realized something good came from my experiences. In the early years, my husband and I were told Jessica was “profoundly retarded.” Those are the exact words the doctor used. Thankfully, that sort of label is no longer considered acceptable in our culture. Thankfully, our world has changed, people have enlightened attitudes, however, while we have all experienced these transformations, there’s also been a rise in a movement called Cancel Culture. I have been berated for using such a term in my writing, although in my book, I only use those derogatory labels when I must refer to the comments of doctors or other health professionals.

I used to cringe whenever I heard my child being described as someone who was stupid. I had no way of knowing those terms would one day be considered contemptuous and I’m glad there are better words to describe people with different abilities. But I didn’t always appreciate the lessons my daughter taught me. I’ve wondered if I would have developed into the type of mother I became if I wasn’t forced to face these challenges. I am grateful to my husband, to Jessica, and her sisters for helping me grow as a person, and a human.

I want to share with the world, what it looks like to live on the other side of normal, to proudly announce I am a parent of a girl who resides in the world of people who have different abilities. I think of my circle of caregivers and parents of children with disabilities, as a community of outliers. We always tell each other we are in this together.

Before I wrote my book, I wasn’t always this brave, to speak my truth, to announce to the world, this is my story to tell because denial played a huge part in my struggle to fully embrace and accept my situation. In fact, I’m the queen of denial (everyone in my writing class says so)  – but I have used this to my advantage. One thing everyone says about my writing is how brutally honest I am. I question if I can show my readers the depths of what I felt. What I still feel to this day. Will people want to read my story? Is it unusual enough? Is it compelling? There’s a reason I was driven to write it; it hurt, I hurt.

I am a mother. 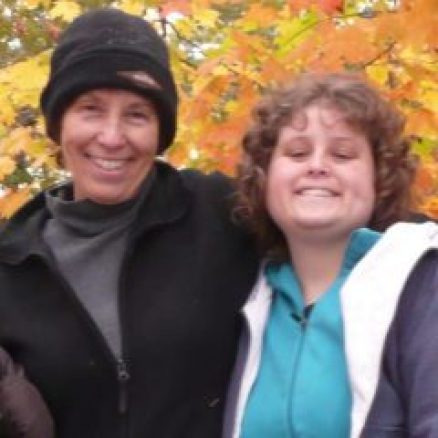 Cathy and Jessica on a family trip to the Poconos

This site uses Akismet to reduce spam. Learn how your comment data is processed.